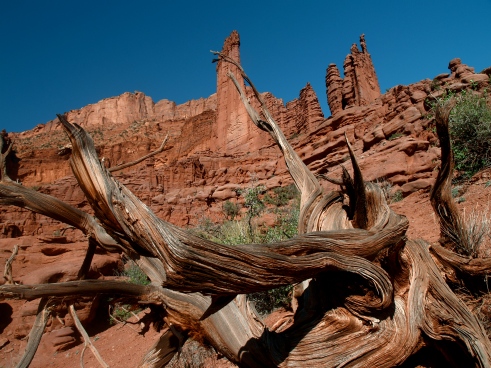 After a few days of rain, grey skies and high winds, everybody in Moab is grumbling. Sitting in a cafe in town, eavesdropping on a group of six climbers plotting their next conquests once the weather clears, the name Castleton Tower catches my ear. I hiked up to the base of it yesterday, leaving behind a few climbers in the parking lot, discouraged by the darkened skies.

Sandstone gets slippery and loses some of its strength when wet so threatening skies are a real concern for the rock jocks. I miss climbing, but I’m glad my hiking plans aren’t ruined by a few clouds. I’ve seen some rain off in the distance, but I’ve yet to get wet on this trip!

I’ve been camping at Fisher Towers, BLM land just up the Colorado River from Moab. Last time I was here, in 2009, camping was free. Now it’s $12 a night! The times they are a changing. At least the views are priceless, even under grey skies! 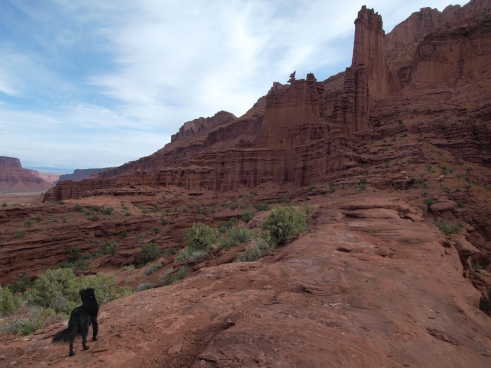