Posted on December 19, 2011 by theblondecoyote

Windmills are a very basic machine: they convert wind energy into rotational energy, which can be used to mill grain, haul water or generate electricity. Here are some of my favorite windmill shots from Pennsylvania, Oklahoma, California and few places in between. Enjoy! 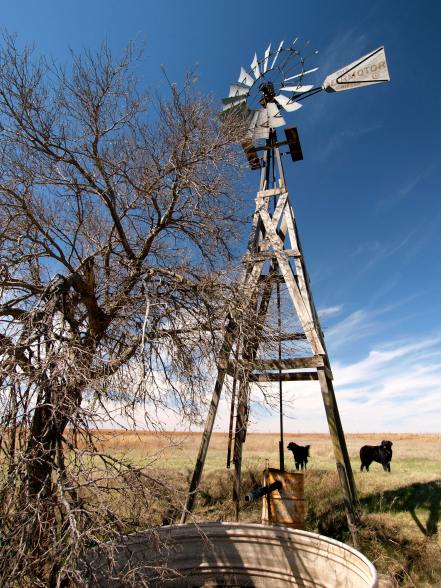 Originally, windmills were invented for milling grain and then adapted into windpumps that hauled water up from underground. At their height in the 1930’s, more than 600,000 windpumps dotted the Plains and the Southwest, signaling water like palms at an oasis.

Today, windmills have evolved into massive turbines, each capable of producing enough electricity to power 1,000 homes for a year. Currently, 37 states have large scale wind farms that produce 2.3% of the electricity produced in the United States. In 2011, the U.S. Department of Energy announced a goal for wind to produce 20% of the country’s electricity needs by 2030. China and the European Union are already halfway there. 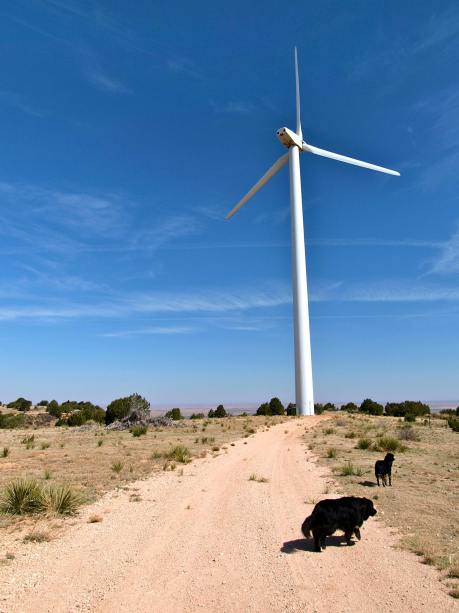 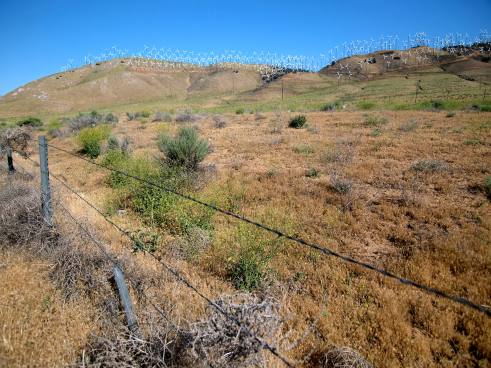 Windmills don’t have to be massive to produce electricity. The turbine on my roof is smaller than a ceiling fan and produces about ten percent of my power. That might not sound like much, but on stormy days and at night, it brings in a continual stream of juice, which keeps my battery bank happy. 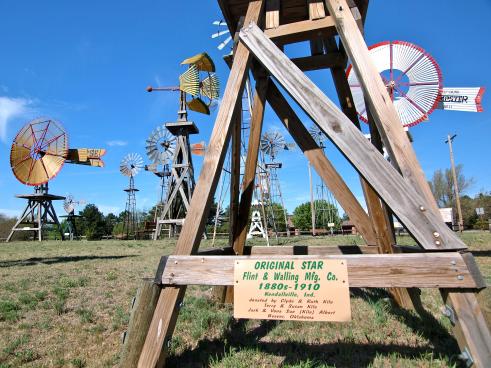 "Original Star" in operation from the 1880's-1910 in Kendallville, Indiana

Between wind farms and rooftop turbines, wind has enormous potential for providing clean energy to this country. Windmills have a long, proud history in the US. Many historians believe the West could not have been settled without windpumps, which provided water to people and livestock.

The most beautiful of these antique windpumps have been collected and preserved at the Shattuck Windmill Museum in Shattuck, Oklahoma, one of my all time favorite road trip detours. I wish I had an audio recording of the sound of all those windmills turning in unison. I rolled through Shattuck on a breezy spring day and the rhythmic metallic creaking sounded like a prairie symphony!

Mary Caperton Morton is a freelance science and travel writer with degrees in biology and geology and a master’s in science writing. A regular contributor to EARTH magazine, where her favorite beat is the Travels in Geology column, she has also written for the anthologies Best Women's Travel Writing 2010 and Best Travel Writing 2011. Mary is currently based in Big Sky, Montana. When she’s not at the computer she can usually be found outside -- hiking, skiing, climbing mountains and taking photographs. Visit her website at www.marycapertonmorton.com.
View all posts by theblondecoyote →
This entry was posted in Bowie & D.O.G., Hiking!, New Mexico, Photography, Road tripping!, Sustainable Living and tagged turbine, wind farm, windmill. Bookmark the permalink.

5 Responses to Tilting At Windmills