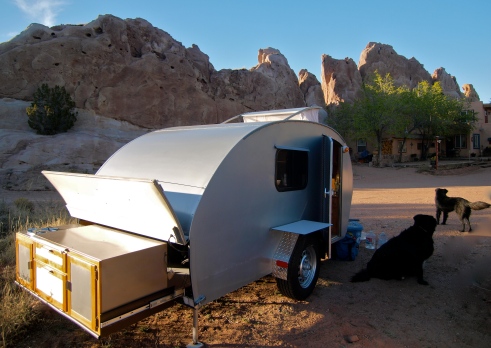 The Teardrop at the Garden of the Gods, pullout kitchen in the back 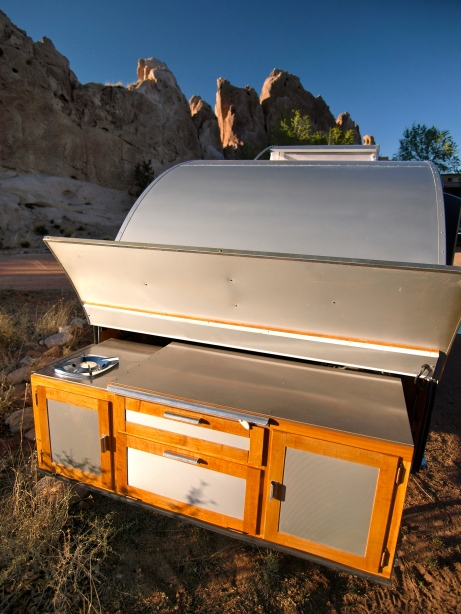 Inside. I'm finally organized enough to start taking pictures of the interior. My personal belongings were already pretty minimal, but I took a few loads of things to Goodwill so now everything fits neatly under the queen-sized bed and in the drawers. That's a pop-up skylight. Plenty of headroom in here for short-little me to stand! 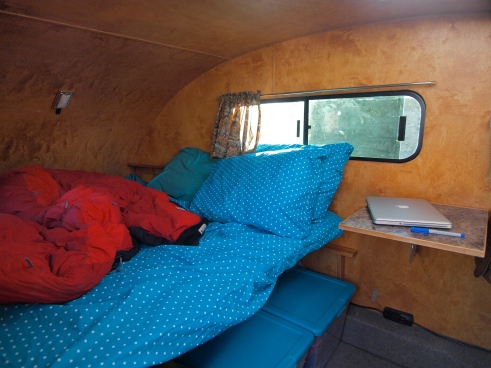 The interior is all done in birch. The man who made it, an octogenarian hobbyist, kept a log of the weight of every single component, right down to the door handle. This is the 4th Teardrop he's made, from his own plans, and it's the lightest yet- under 550 pounds! 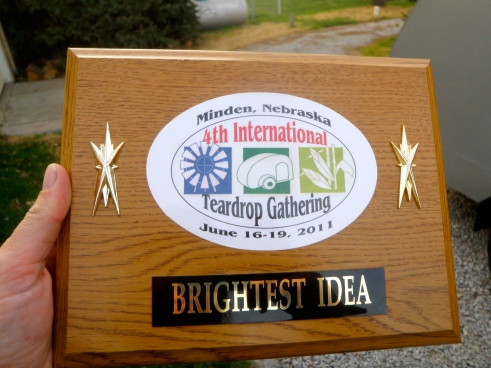 If you think you've never seen anything like it, you're probably right. The creator, Egon, makes one every year in his garage as his winter project. It's his design – he was a cabinetmaker before he retired – for which he won this "Brightest Idea" award at last summer's International Teardrop Gathering in Minden, Nebraska.

I’ll be in Cerrillos for a few more days, getting organized and then I’m hitting the road. Where? I don’t really know yet. That’s the point. I’ll go where ever the road takes me!

Mary Caperton Morton is a freelance science and travel writer with degrees in biology and geology and a master’s in science writing. A regular contributor to EARTH magazine, where her favorite beat is the Travels in Geology column, she has also written for the anthologies Best Women's Travel Writing 2010 and Best Travel Writing 2011. Mary is currently based in Big Sky, Montana. When she’s not at the computer she can usually be found outside -- hiking, skiing, climbing mountains and taking photographs. Visit her website at www.marycapertonmorton.com.
View all posts by theblondecoyote →
This entry was posted in Uncategorized. Bookmark the permalink.

17 Responses to Introducing the Still-To-Be-Named Teardrop!