Posted on April 8, 2012 by theblondecoyote 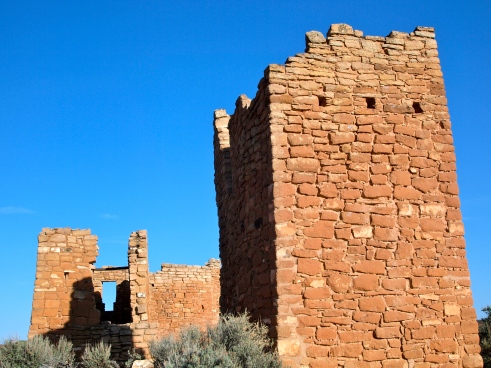 Nearing the turnoff for Mesa Verde National Park, I realized it was Easter weekend. No way do I want to be a in a National Park on a holiday weekend! I love ruins and Mesa Verde is a spectacular place, but I always have a harder time envisioning what life must have been like in ancient places when I’m surrounded by lots of modern people.

So I veered north and west and ended up in the Canyons of the Ancients National Monument, on the Colorado/ Utah border. I stopped at the Anasazi Heritage Center, one of the nicest museums I’ve ever visited, and spent the better part of an hour talking with a volunteer park ranger there who was bursting with travel tips: free campsites, hidden petroglyphs, backcountry ruins, dog-friendly wilderness trails. Never underestimate the value of a knowledgable and enthusiastic park ranger! Thanks Lou!

From there I headed to the Lowry Pueblo, a smaller community that thrived on the open pinon plains at the same time as Mesa Verde. This place was home to about 100 people, for 160-some years, before it was abandoned in the early 13th century. This region of southwest Colorado is dotted with dozens of these abandoned pueblos, most within a day’s walk of each other, all protected as Canyon of the Ancients National Monument. I was the only person there.

Next on my avoiding-Easter-crowds list was Hovenweep National Monument, on the Utah- Colorado border. Hovenweep protects six Ancestral Puebloan communities (the proper term for Anasazi), all connected by an ancient backcountry trail network. I hiked eight miles, round trip, between the Square Tower Group and the Holly Group, following trails laid down between the communities around 1100 AD. 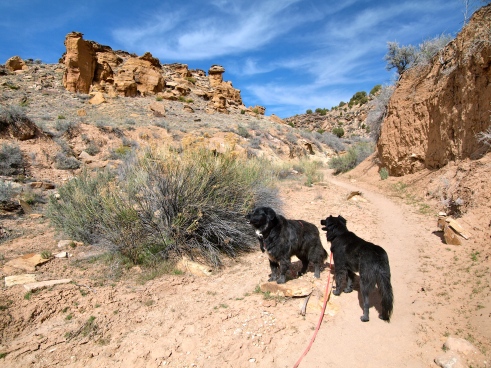 The Hovenweep ruins once housed communities of several hundred people; buildings were usually laid out at the headwaters of once perennial streams. Hovenweep is known for its unique and advanced architecture with many stone towers and structures built atop and within irregular boulders. 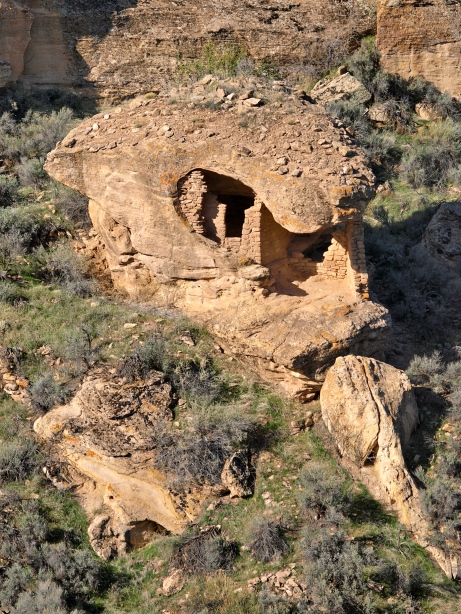 On both my hikes at Hovenweep, the 8-mile Holly Trail and the 2-mile Square Tower loop, I saw only one other person, a fellow photographer from Durango with his dog. The last entry on the Holly Trail register was from April 1st. Dog friendly and crowds-free: Now this is my kind of place!

Me & My Shadows, Hovenweep Castle

First Indian Paintbrush of the spring!

On to Utah! I’m going to spend about a week here, exploring the southeast region. Anybody have any off beat travel tips? A reader tipped me off to Hovenweep! Where would you like to see me go? Thanks!!! 🙂 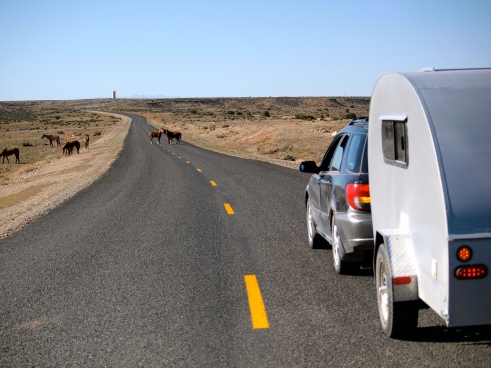 Mary Caperton Morton is a freelance science and travel writer with degrees in biology and geology and a master’s in science writing. A regular contributor to EARTH magazine, where her favorite beat is the Travels in Geology column, she has also written for the anthologies Best Women's Travel Writing 2010 and Best Travel Writing 2011. Mary is currently based in Big Sky, Montana. When she’s not at the computer she can usually be found outside -- hiking, skiing, climbing mountains and taking photographs. Visit her website at www.marycapertonmorton.com.
View all posts by theblondecoyote →
This entry was posted in Bowie & D.O.G., Hiking!, Photography, Road tripping!, Vagabonding 101. Bookmark the permalink.

9 Responses to On the Road, Again: Hovenweep National Monument