Posted on September 14, 2012 by theblondecoyote 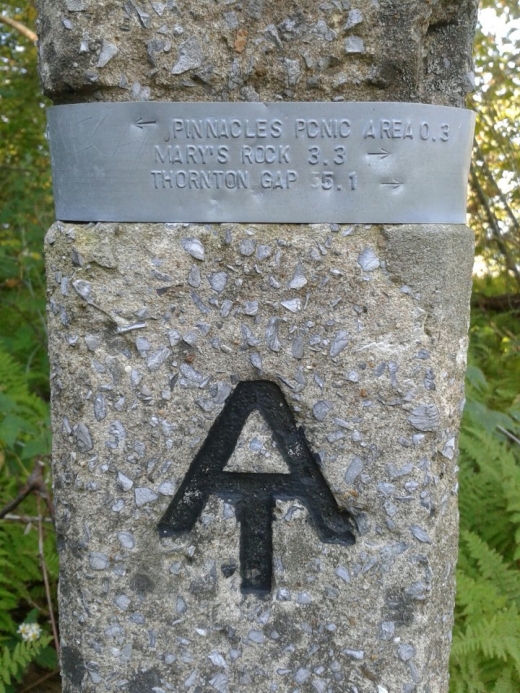 One of my favorite sections of the Appalachian Trail, Jewell Hollow to Mary’s Rock in Shenandoah National Park.

I go for a hike almost every day and cover a lot of the same ground, over and over, in all weather and in all seasons. Exploring new terrain is always exciting, but there is also something deeply satisfying about getting to know a trail and the landscape on foot.

When I hike, my camera is almost always around my neck and I’ve come to notice that along well-known trails I often stop to take photos from nearly the exact same spots. By following my eye for lining up a balanced shot, I’ve amassed a collection of photos of the same scenes, taken from the same spots, at different times of the year, all over the country. I call this series “All Seasons”.

Shenandoah National Park in Virginia is the first place I ever went backpacking – the summer before my senior year of college, not long after I adopted Bowie – and it’s still one of my all time favorite places on Earth. Shenandoah is beautiful in all seasons and in all weather. It’s also one of the only National Parks that allows dogs on trails and whenever I’m back East, I make a point of spending a few days on Shenandoah’s green tunnel trails. 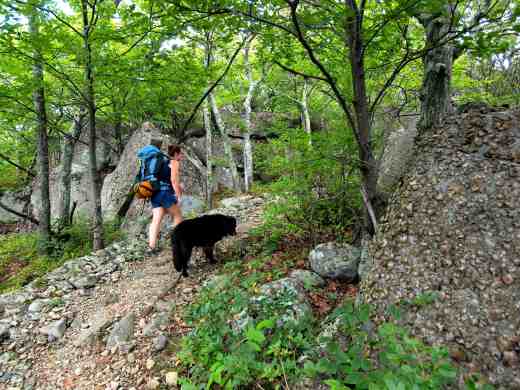 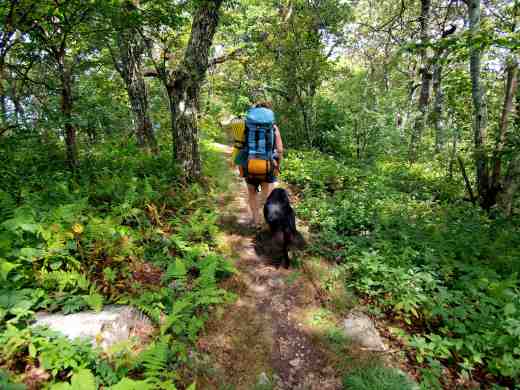 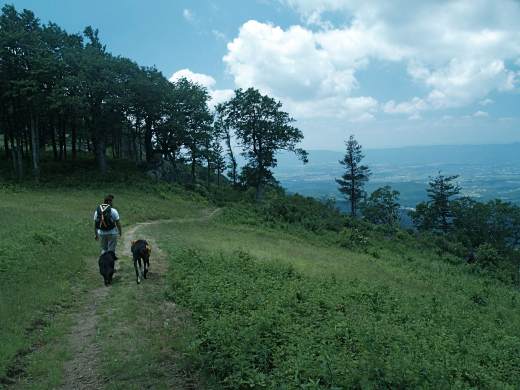 Mary Caperton Morton is a freelance science and travel writer with degrees in biology and geology and a master’s in science writing. A regular contributor to EARTH magazine, where her favorite beat is the Travels in Geology column, she has also written for the anthologies Best Women's Travel Writing 2010 and Best Travel Writing 2011. Mary is currently based in Big Sky, Montana. When she’s not at the computer she can usually be found outside -- hiking, skiing, climbing mountains and taking photographs. Visit her website at www.marycapertonmorton.com.
View all posts by theblondecoyote →
This entry was posted in Bowie & D.O.G., Hiking!, Photography and tagged appalachian trail, dogs, hiking, National Park, Shenandoah, Virginia. Bookmark the permalink.