Writing on the Wall: San Francisco Graffiti vs. MOMA

Posted on June 9, 2012 by theblondecoyote

Plight of the Migrants, on a fence

I am not a city person. In my travels, am most often drawn to farthest edges of rural America. Both my brother and sister are city people. I say that in the best way possible. They’re both artists who draw endless inspiration from the swirl of the city environment.

Last year, the three of us spent four days in New York City, four of the best days I’ve ever spent with pavement beneath my feet. This past Christmas we all met up in Freiburg, Germany. This week we’re in San Francisco. My brother Paul lives here; he’s earning his master’s in classical guitar performance at the San Francisco Conservatory of Music. A few weeks ago, my sister Sarah, who lives in Germany, called to ask if I would meet her in California if she bought a plane ticket. So I steered the Teardrop West. 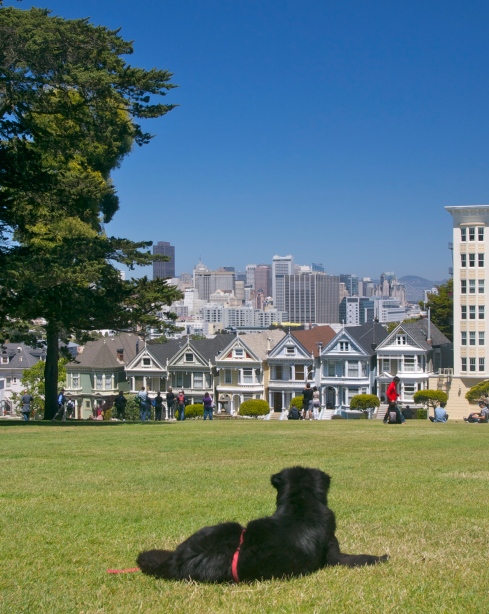 San Francisco D.O.G. That’s the Full House house – used for the exterior set on the early 90’s TV show – on the right.

I’d been to San Francisco twice before, but I had yet to cover much ground in the city. So we decided on a treasure hunt: find the six Banksy’s installed throughout the city. What’s a Banksy?! Banksy is an infamous British street artist known for stenciling striking images and scathing messages on walls all over the world. In May 2010, on the eve of the San Francisco premier of the street art documentary Exit Through the Gift Shop, Banksy allegedly created six new installations throughout the city in one night.

Banksy’s creations have sold for six figures and made their way into art museums, including the Louvre in Paris, but in the U.S., many cities classify street art as graffiti. In San Francisco, the Office of Public Works graffiti removal ordinance requires property owners to remove any and all installations within 30 days or pay $500 for the City to remove it for them, even those painted by Banksy himself.

Alas, three of the four Banksy’s we sought out were gone, painted over, white-washed. The fourth, located near City Lights Bookstore in China Town, is still standing. We may have gone one for four on Banksy’s, but in the course of canvassing the city, we stumbled upon two alleys filled with graffiti – Clarion and Balmy Alleys – as well as dozens of other installations.

Clarion Alley, off Valencia in the Mission

Capitalism Is Over. YOU WANT IT. 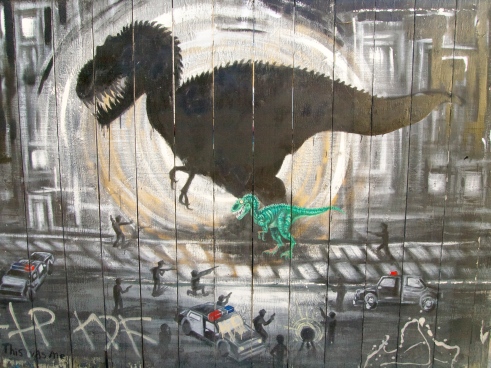 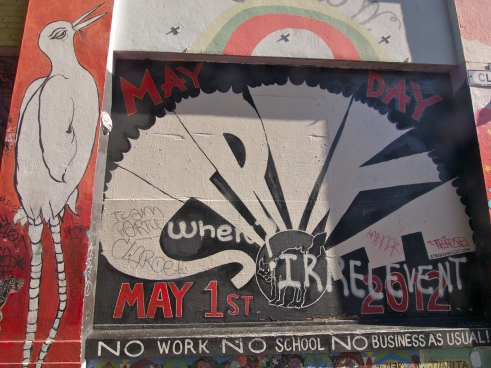 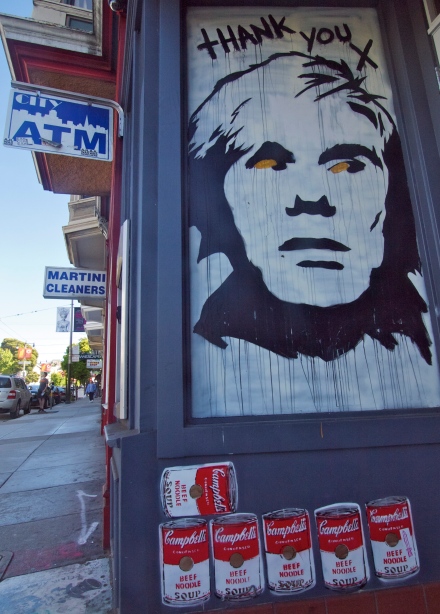 Then, we headed to the San Francisco Museum of Modern Art. What a contrast! After spending all day discovering vibrant, clever, dynamic street art, most of the museum pieces seemed obtuse and stuffy. The Office of Public Works may disagree, but I’d have a Banksy on my walls long before most anything at MOMA… 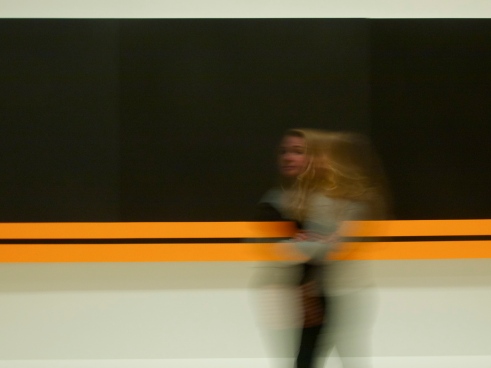 Love graffiti? Me too! Check out my previous Writing on the Wall posts: Freiburg, Germany; Flagstaff, Arizona; Utah Petroglyphs; Sego Canyon, Utah and Navajoland. My sister makes her living as a painter. See her work at www.mcraemorton.com.

Mary Caperton Morton is a freelance science and travel writer with degrees in biology and geology and a master’s in science writing. A regular contributor to EARTH magazine, where her favorite beat is the Travels in Geology column, she has also written for the anthologies Best Women's Travel Writing 2010 and Best Travel Writing 2011. Mary is currently based in western Colorado. When she’s not at the computer she can usually be found outside -- hiking, skiing, climbing mountains and taking photographs. Visit her website at www.marycapertonmorton.com.
View all posts by theblondecoyote →
This entry was posted in Bowie & D.O.G., Hiking!, Photography, Road tripping!, Vagabonding 101. Bookmark the permalink.

20 Responses to Writing on the Wall: San Francisco Graffiti vs. MOMA