Posted on September 5, 2012 by theblondecoyote

My list of National Parks I have yet to visit is growing shorter and shorter (Big Bend, TX, Dry Tortugas, FL, Lassen, CA, to name a few). Driving through North Dakota, I checked another off the list: Theodore Roosevelt National Park.

I knew nothing about TRNP before I turned in the gates, so when the park ranger at the entrance told me a ranger-led tour of Teddy Roosevelt’s cabin was starting in a few minutes, I drove right to the visitor center and joined the group. 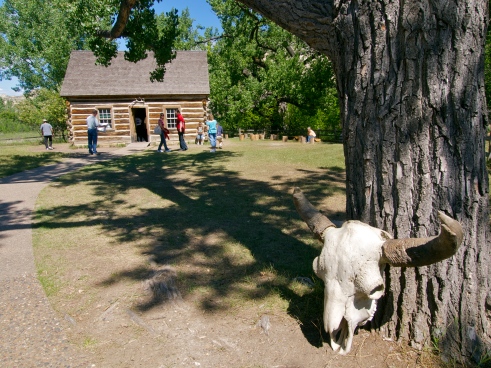 As it turns out, I have Teddy to thank for a vast chunk of the public lands I’ve been enjoying this summer: during his presidency (1901-1909) Roosevelt created the U.S. Forest Service and established 51 Federal Bird Reservations, 4 National Game Preserves, 150 National Forests, 5 National Parks, and enabled the1906 American Antiquities Act which he used to proclaim 18 National Monuments. In all, Theodore Roosevelt protected approximately 230,000,000 acres of public land, over one-tenth of North America. Go Teddy! 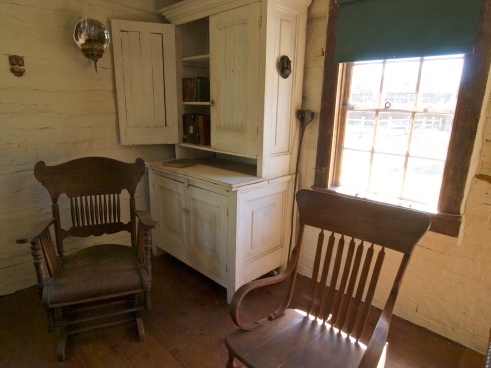 Teddy’s Chair. The one on the left is authentic. 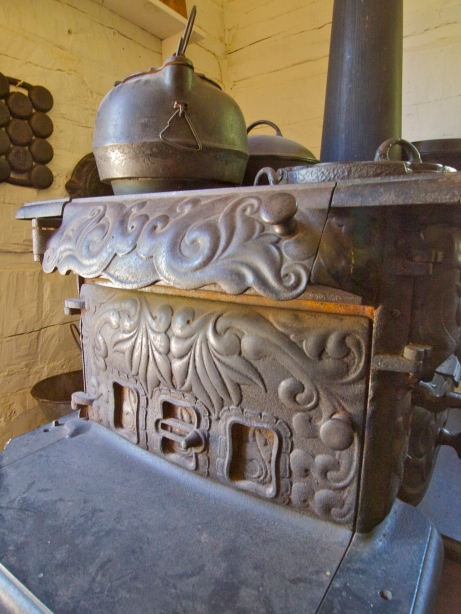 Roosevelt’s passion for conservation was sparked in North Dakota, where he traveled to hunt bison in the 1880’s, only to find the bison all but gone — already on the verge of extermination by hide hunters. He later established the Maltese Cross Ranch near the town of Medora, now home to Theodore Roosevelt National Park.

Bison were reintroduced to TRNP in the 1960’s. These days, several hundred bulls, cows and babies roam the North and South units of Theodore Roosevelt National Park. During my drive through the South Unit, I got caught in a bison traffic jam, a small taste of the once wild Midwest! 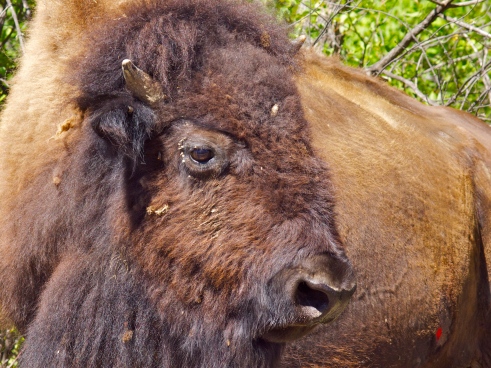 I love Teddy, but stay tuned to find out Why I Hate Mount Rushmore… >:{

Mary Caperton Morton is a freelance science and travel writer with degrees in biology and geology and a master’s in science writing. A regular contributor to EARTH magazine, where her favorite beat is the Travels in Geology column, she has also written for the anthologies Best Women's Travel Writing 2010 and Best Travel Writing 2011. Mary is currently based in western Colorado. When she’s not at the computer she can usually be found outside -- hiking, skiing, climbing mountains and taking photographs. Visit her website at www.marycapertonmorton.com.
View all posts by theblondecoyote →
This entry was posted in Bowie & D.O.G., Hiking!, Photography, Road tripping!, Uncategorized, Vagabonding 101. Bookmark the permalink.