EARTH Magazine–Travels in Geology: Hike to the Burgess Shale!

Posted on January 2, 2013 by theblondecoyote 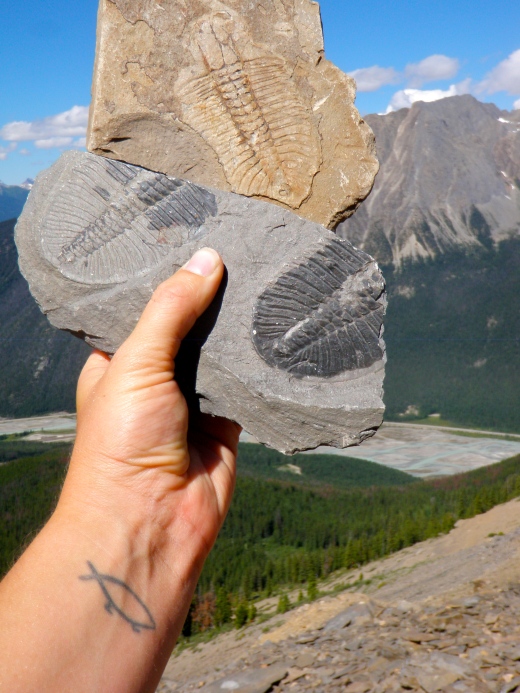 Trilobite fossils from the Burgess Shale

This past summer my dad and I made a pilgrimage to one of the most famous fossil localities in the world: British Columbia’s Burgess Shale. My Travels in Geology feature story for EARTH magazine appears in the January issue:

Of all the famous fossil localities in the world — Mongolia’s Flaming Cliffs, Tanzania’s Olduvai Gorge, Wyoming’s Green River, Germany’s Solnhöfn Quarry — perhaps none is as widely celebrated as British Columbia’s Burgess Shale. High in the Canadian Rockies, the Burgess Shale contains some of the oldest and most exquisitely detailed fossils of early life on Earth. Visiting the Burgess Shale requires some preparation — you must hire a guide and hike 22 kilometers at high elevation — but for a fossil enthusiast, the payoff is worth every step. 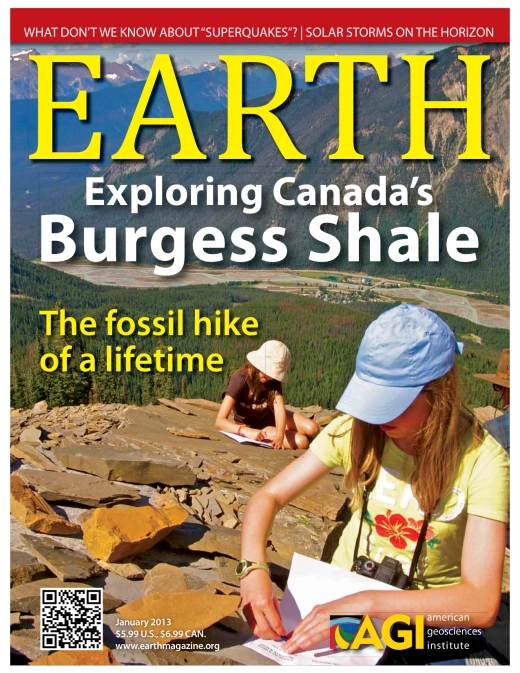 As a general rule, the fossil record is dominated by hard parts: shells, teeth and bones. The Burgess fossils, however, reveal so much more. Small but exquisite, the fossils preserve fine details of soft body structures like gills and eyes and even last meals: tiny trilobites encapsulated in stone, for example, deep in the visible guts of larger worm-like predators.

The Burgess Shale quarries are famous not just for the sheer number and variety of fossils and their rare and lovely preservation, but also for the window they open to the past. Multicellular life evolved on Earth about 570 million years ago with a bang known as the Cambrian Explosion, just 65 million years before the Burgess assemblage formed. 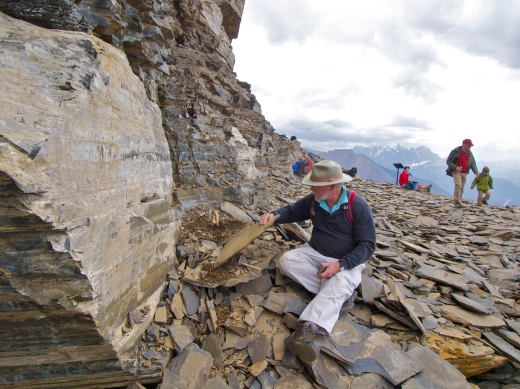 My dad sorts through shale slabs at the famous Walcott Quarry. In the hour we spent at the quarry, we found dozens of fossils!

Mary Caperton Morton is a freelance science and travel writer with degrees in biology and geology and a master’s in science writing. A regular contributor to EARTH magazine, where her favorite beat is the Travels in Geology column, she has also written for the anthologies Best Women's Travel Writing 2010 and Best Travel Writing 2011. Mary is currently based in Big Sky, Montana. When she’s not at the computer she can usually be found outside -- hiking, skiing, climbing mountains and taking photographs. Visit her website at www.marycapertonmorton.com.
View all posts by theblondecoyote →
This entry was posted in Beyond the USA, Hiking!, Photography, Road tripping!, Science Writing and tagged EARTH magazine, Travels in Geology. Bookmark the permalink.

20 Responses to EARTH Magazine–Travels in Geology: Hike to the Burgess Shale!